This structure was designed to fill the gap between our basic MTT Alpine and our top of the range MTT Snowpeak in both price and features. The structure is very stable being of the T/P (tensile patterned) family, and has it’s walling is separated from the roof.

The MTT Everest is an upgraded version of the Alpine in that the spacing of the side poles are at equal distances around the perimeter allowing for the different types of walling to be attached where they are required.

The roof is extended over the perimeter to prevent any leaking that might accure between the roof and top of the walling.

It also diverts the rain away from the walling preventing the rain from undermining the side poles, this could cause the structure to go slack unless they are on a foundation.

It also stops water going under the walling into the structure. The sliding curtains (walls) are attached to the side poles by cable making it easy to open and close. The walls are not attached to the roof reducing the forces against the roof dramatically resulting in longer life and less force on the roof.

The vents on top of the peaks have been increased to make for better ventilation.

The masts and the side poles have been raised to give better convectional air flow hence cooler structure. It is designed to withstand 120km/ h winds. 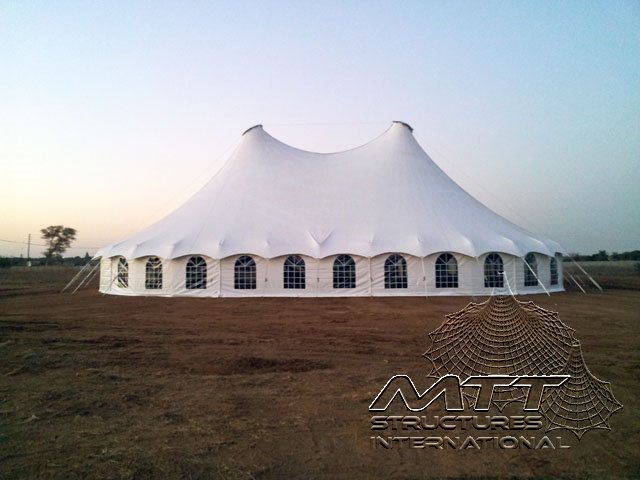 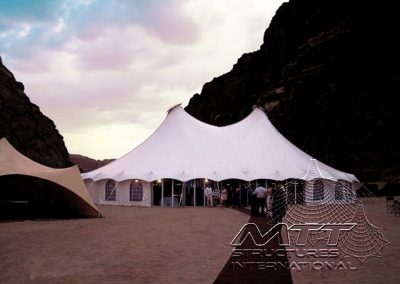 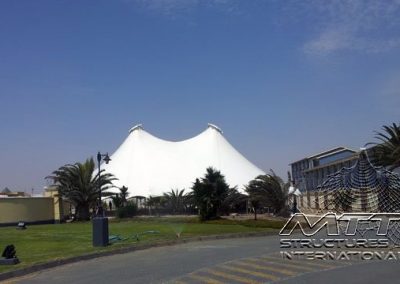 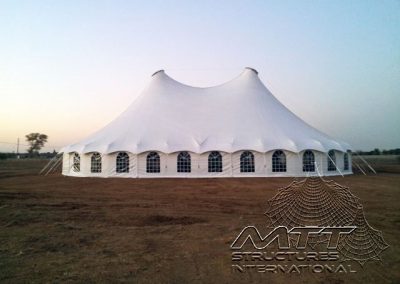 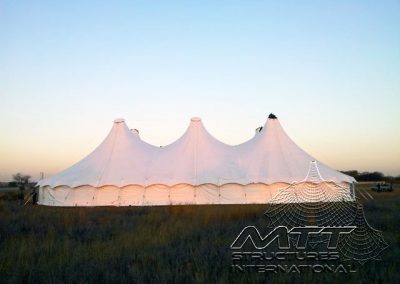 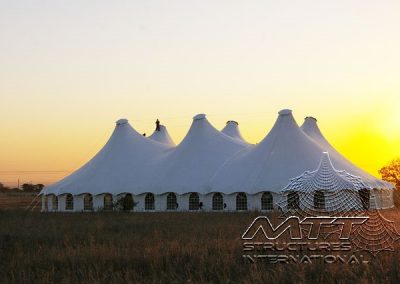 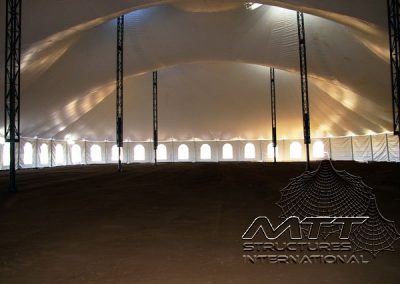 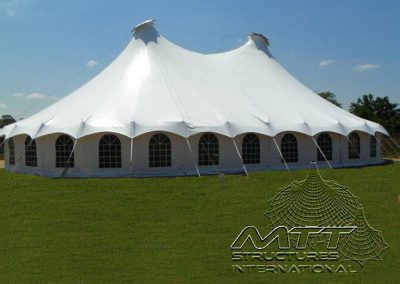 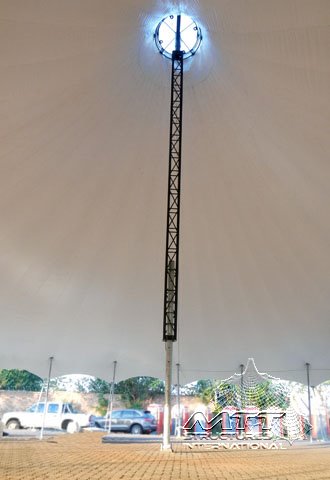 Get a church tent quote